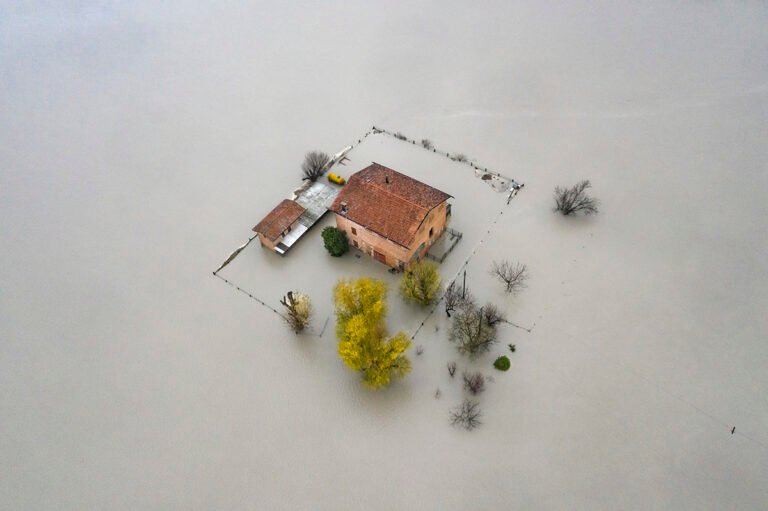 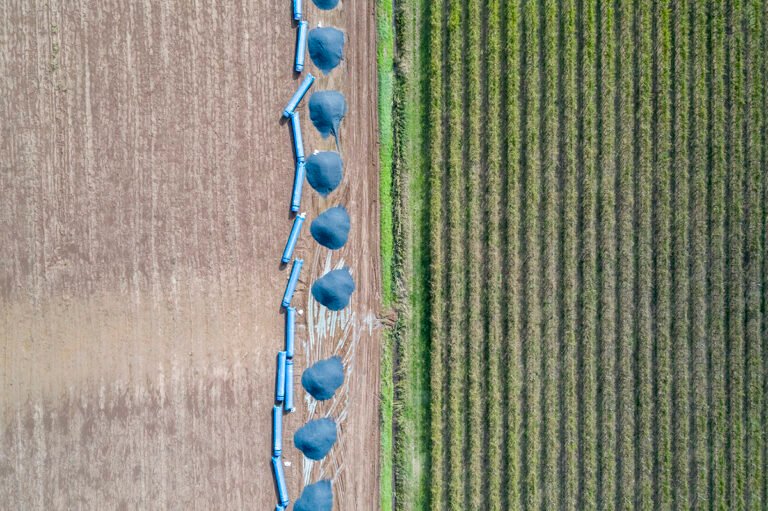 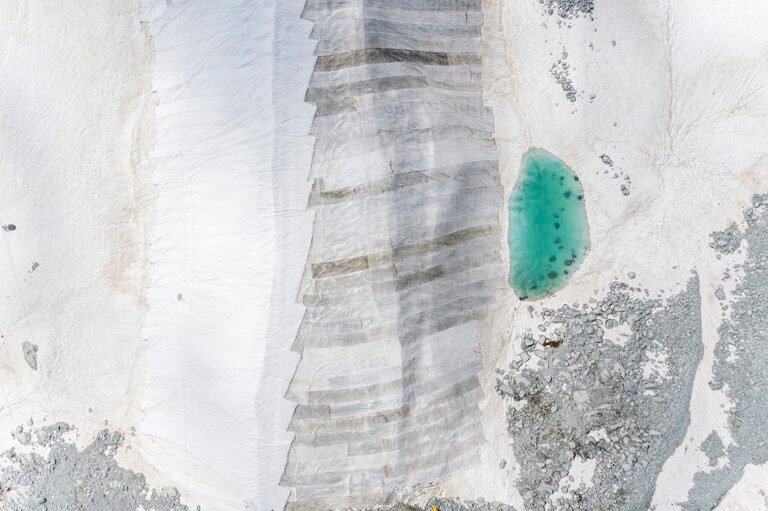 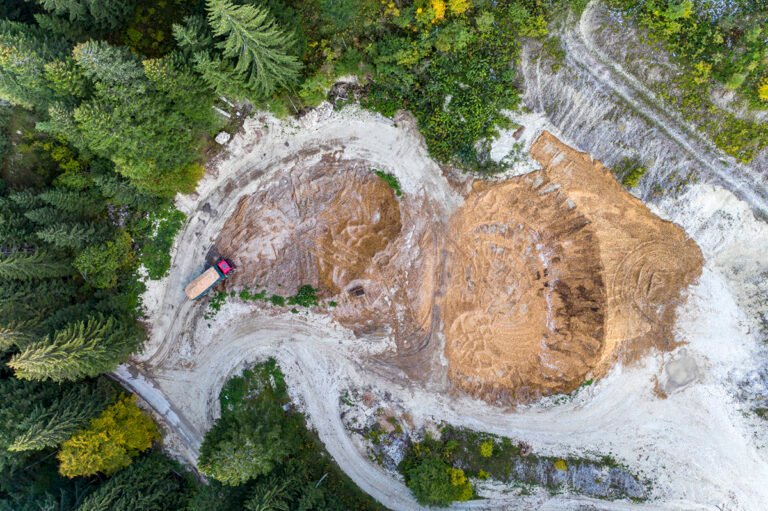 In this work I explore how zenithal photography can document climate change, and give it back in a form unusual to the human eye. The absence of humans in the photographs compensates for their presence in the phenomenon of climate change, in the era of the Anthropocene where human action has a decisive influence on environmental dynamics.

The photos depict the floods that are increasingly affecting the territories of the Po Valley, the erosion of the environment caused by the activities of quarries to market stone, the effects of storm Vaia, which in 2008 razed millions of trees to the ground with winds of over 200 km/h in north-eastern Italy, the covering of the Presena glacier in Trentino to mitigate the melting of the ice due to global warming, and the construction of a new aqueduct in the province of Vicenza, after the groundwater was irreparably polluted with Pfas, caused by the spillage of toxic substances for decades by local industry.

These images show the power of nature and the faults of human beings, but also the attempts to remedy the grave topic of climate change. I hope that these photographs will raise awareness of this phenomenon, which is not only affecting isolated areas of the planet, but is also severely affecting the West and places that were unaffected until a few years ago.