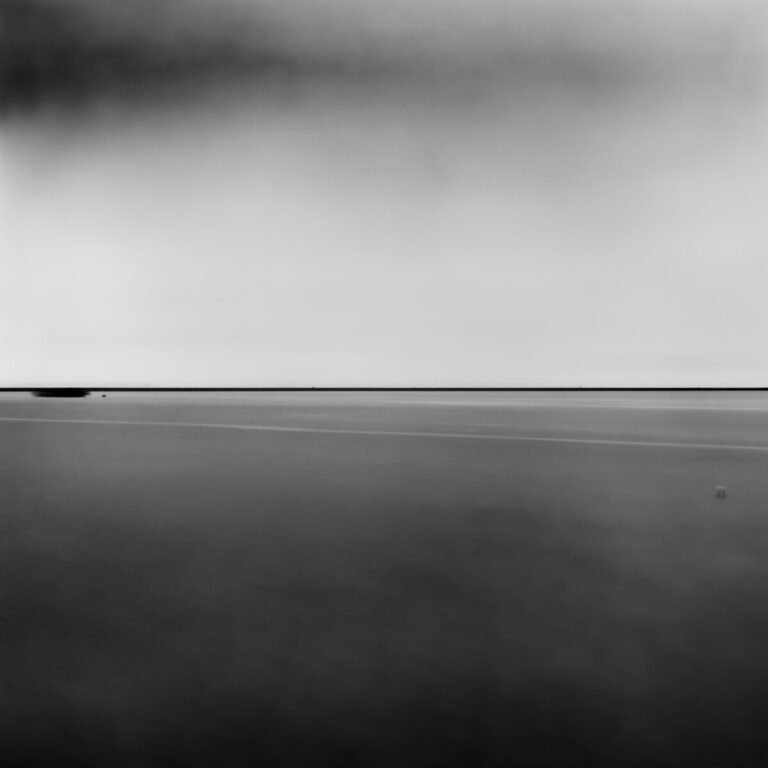 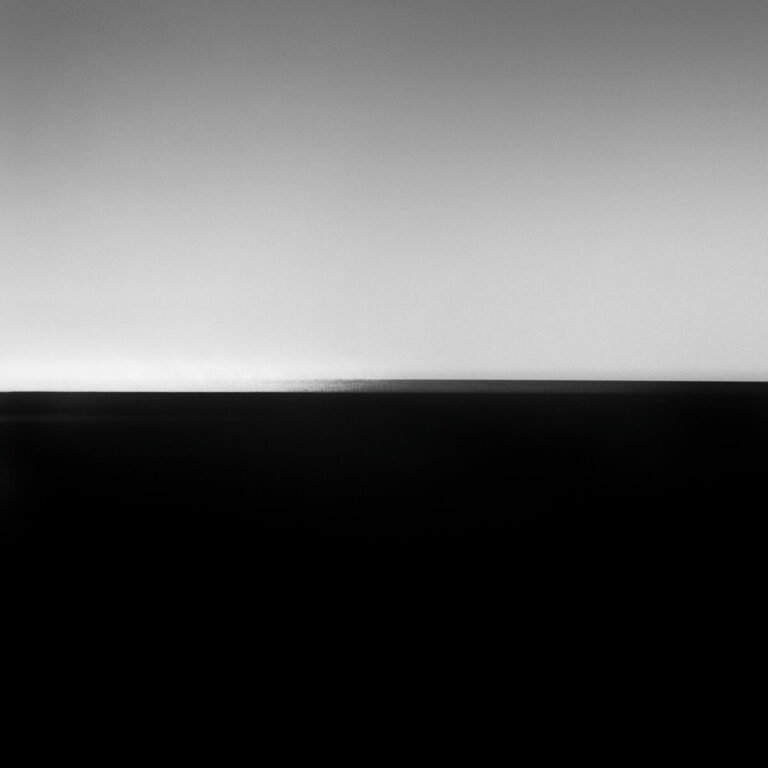 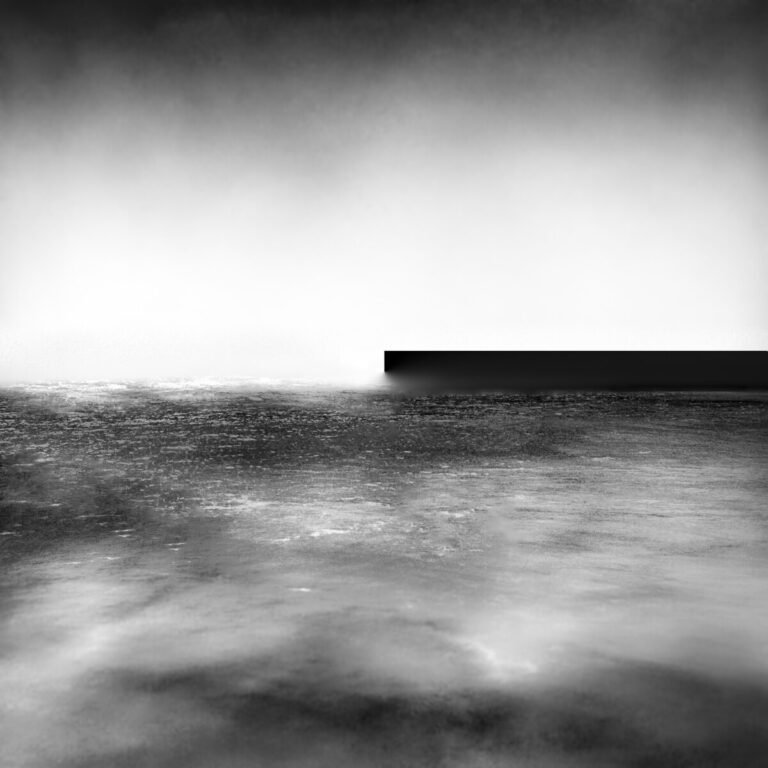 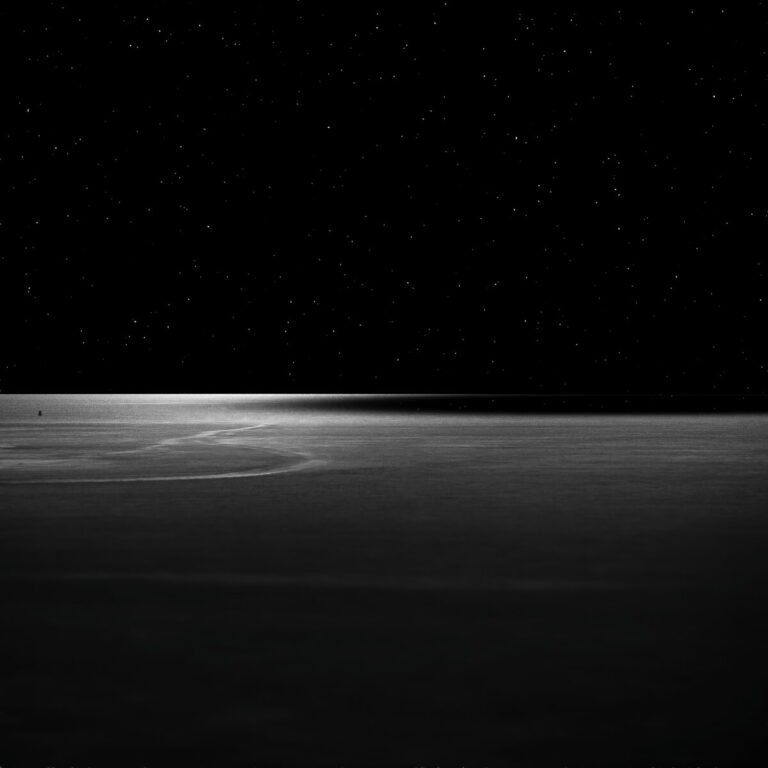 There between the earth and sky, the material and ethereal, the horizon line is that fundamental and pervasive feature of the landscape. It is our primary point of orientation, and yet it is not quite there as it seems to be; we can’t ever reach it or overtake it. In this way, it is a curious confusion of form and emptiness. It is there and not. With the horizon line thus unfixed of its object-hood, that space between – that line – becomes somehow activated in its apparent stillness, the medium of an in-the-moment, figure-ground exchange. The relationship between consciousness and landscape is altered, as distinctions between things start to become less apparent, or the meanings that bore those distinctions lose clarity. And all of this brings new indeterminacy to the experience of being there or being between.

Standing before the sea, waves ceaselessly moving toward me without ever reaching me and the horizon line forever receding as I move toward it, parts of my perceptual scaffolding begin to give way – momentarily – only to be then re-established, oscillating, or breathing, in a way, like lungs. It is as if consciousness is very suddenly and undeniably embodied, pulled back and forth, without getting anywhere.