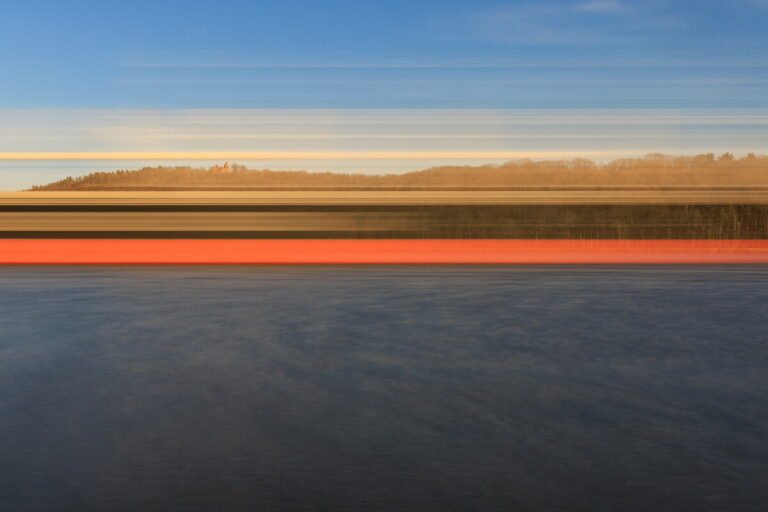 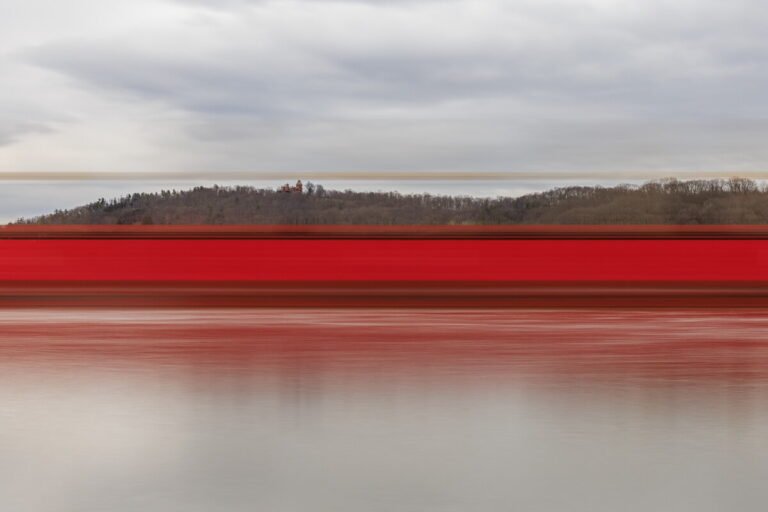 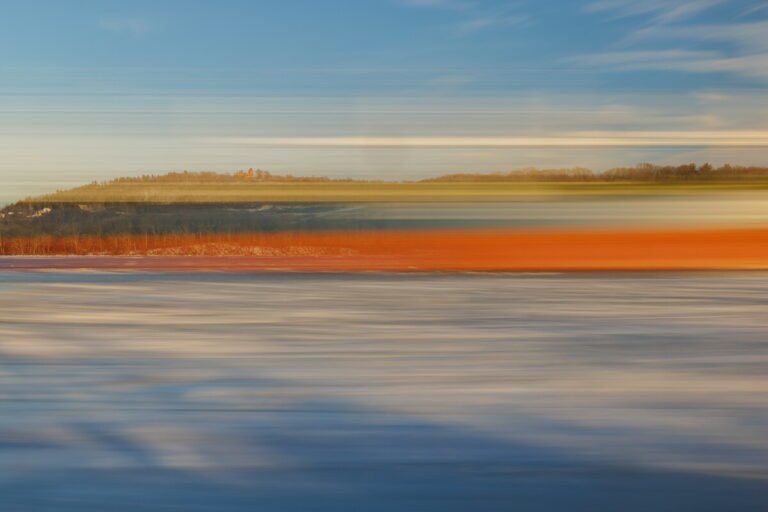 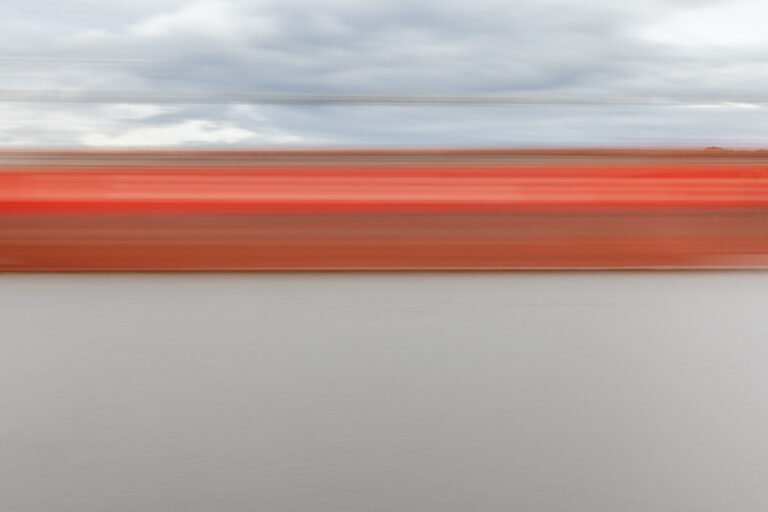 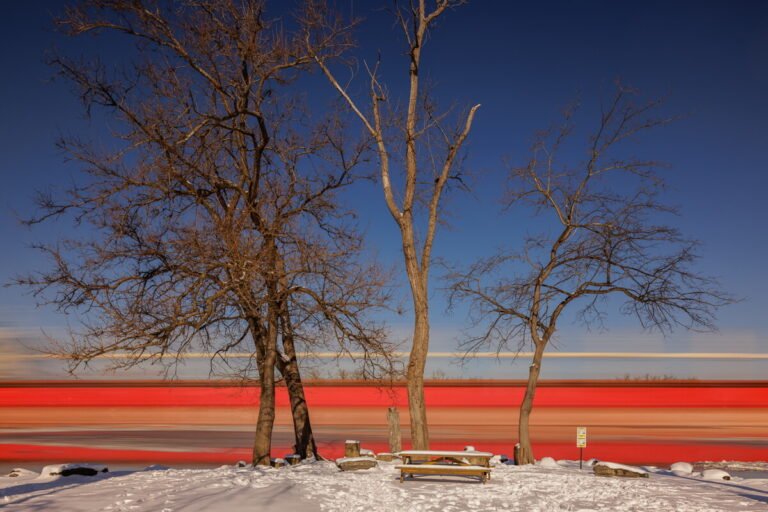 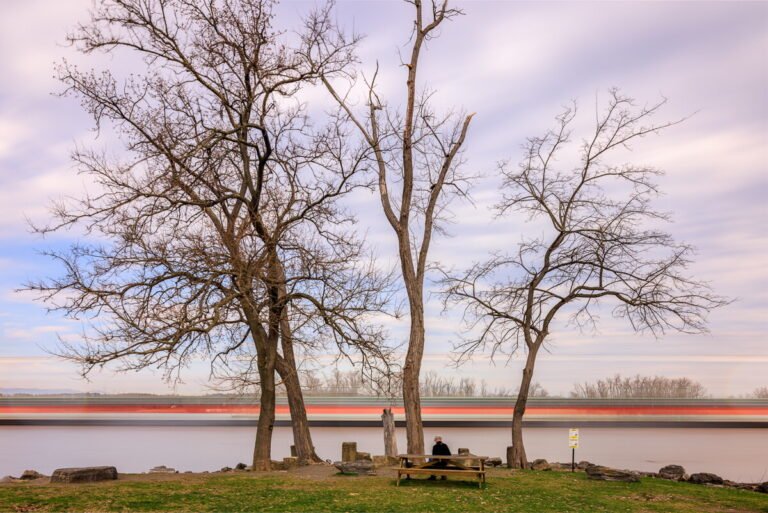 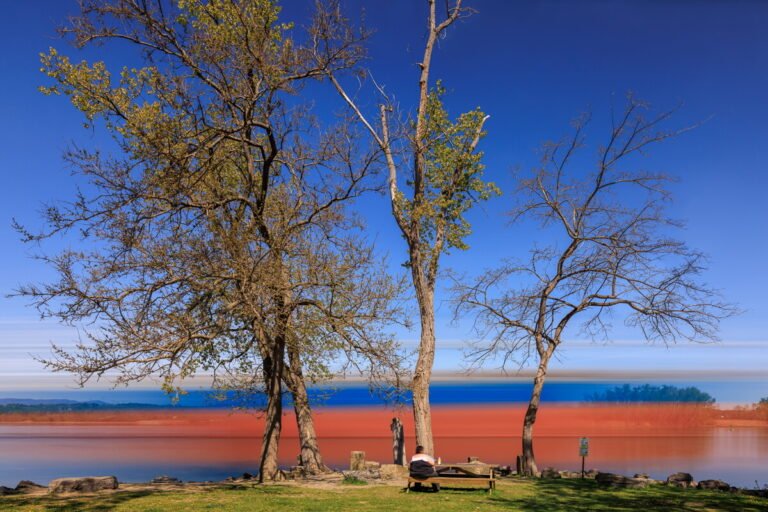 My series “Shipping Lanes” involves tracking and photographing the various oil tankers, cargo ships and tugboats on the Hudson River.

Through the time-stretching effects of a long exposure, I seek to reflect on the modes of 20th century transportation, consumption and the changing views of this magnificent river the Native Americans referred to as Mahicantuck – “the river that flows both ways”.

The images I create are also a nod to the history of the Hudson Valley, in particular paying homage to the Hudson River School, mid-19th century American art movement that was active in my area.

My concern with the state of the environment, global warming and overall pollution is literally layered within, as each passing ship is rendered in beautiful color and abstract lines, manifesting what is often seen as a slow mode of transport that is often not given a second thought as something worth looking it and thinking about.