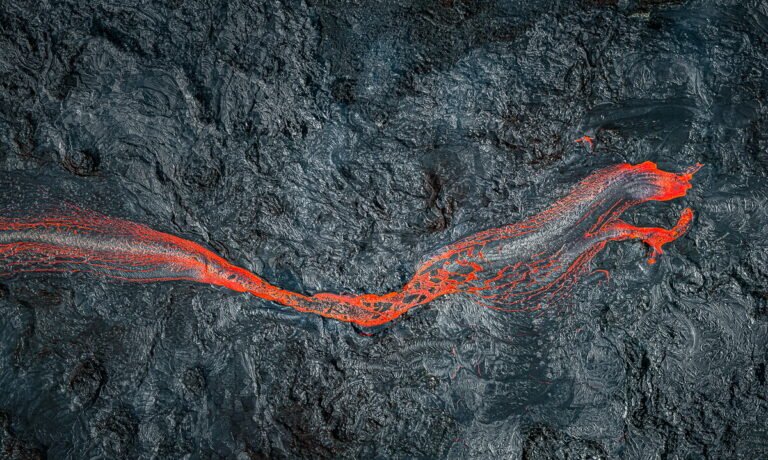 I was lucky enough to visit the volcano on an active day, moreover, there were several side craters, from which lava flew a couple miles to the valley. The opening of this one reminds me of a fire dragon that’s been released from the Earth. This was my first day on Iceland and I was concerned about the drone surviving when I flew so close to the lava – some 25 meters – and there indeed was a very minor damage, but other than that, the drone survived for the next month on Iceland. Still, this photo from Day 1 remains one of the best from the whole trip.